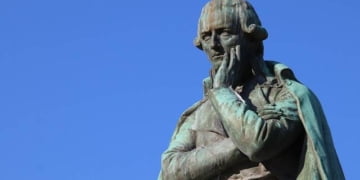 in Biology, Science
Reading Time: 5 mins read
A A
0 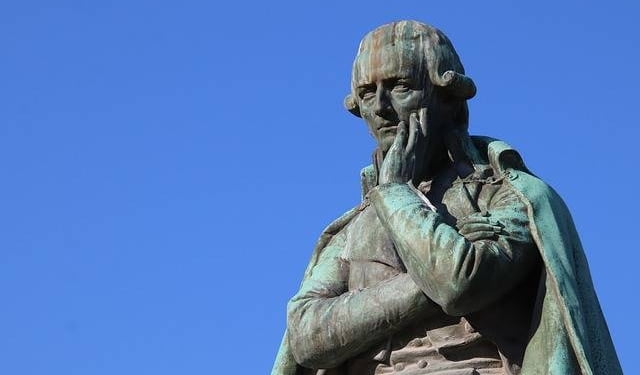 Early scientists were not interested in any theories of evolution or not even aware of such concepts. At first, they were even reluctant to accept the idea that some animals had become extinct. According to the Bible, even when a great flood covered the Earth, Noah had managed to save a male and female of all species to ensure that no animal would become extinct. When the first fossils of unknown animals were discovered, it was believed that these animals still existed in some unexplored regions of the Earth.

However, the discovery of fossils of giant animals like the mastodon shook this belief, as it was unlikely that there were unexplored regions large enough to hide such animals. French scientists were the first to accept that these giant animals might have roamed the Earth thousands of years ago, and become extinct due to a variety of causes. Slowly, this idea came to be accepted worldwide. Scientists began their work on evolution theories, and Lamarck was first among them. Later among all these evolution theories, Theory of Evolution by Charles Darwin became popular and most accepted to date by the scientific community.

Jean Baptiste Lamarck was a French scientist who developed a theory of evolution at the beginning of the 19th century. His theory involved two ideas. The first was the law of use and disuse, which stated that a characteristic which is used more and more by an organism becomes bigger and stronger, and one that is not used, eventually disappears. The second law was the law of inheritance of acquired characteristics. It stated that any feature of an organism that is improved through use is passed to its offspring.

For example, he pointed out that snails have poor vision because feelers on their head acted as their eyes. According to him, the ancestors of snails did not have feelers. They groped about with their heads to find their way around. This groping sent subtle fluids to the front of the head, and the constant presence of moving subtle fluids eventually brought about the development of feelers, and these feelers were passed from generation to generation.

Charles Willson Peale founded a museum in Philadelphia, Pennsylvania, in 1786. It contained a collection of natural history specimens, portraits of admirable historical figures, and human artifacts from various countries. His purpose was to show the place of human beings as part of the animal kingdom. His most famous display, however, was the mastodon skeleton he obtained in 1801.

Measuring 3.35 meters high at the shoulder, and 4.5 meters from chin to rump, it was huge and strange and confusing. Was it a man or beast, an elephant, or some unknown animal? The fossil had been discovered in swampy ground and had been excavated with great difficulty. Man or beast, this ‘monstrous creature’, as it was called, would soon become celebrated as the unknown species or the ‘incognitum’.

For many years, scientists refused to accept that some animals had become extinct. When remains were found that were unlike anything living at the time, they argued that they were unusual examples of living creatures, or that animals known only from fossils must still survive in some unexplored part of the world.

It was only at the end of the 18th century that the great French paleontologist and anatomist Georges Cuvier was able to demonstrate convincingly that extinctions were real. Cuvier was convinced that plants and animals of all types were created for their particular roles and places in the world’s environment and that they were unchanging throughout their existence.

According to him, catastrophic events in the course of history had killed off all members of some species, and their fossils would no longer be seen in the rocks. Subsequently, his evolution theory suggests, the old species were replaced by new ones that repopulated Earth.

Cuvier had an almost uncanny ability to reconstruct animals from only fragments of fossil remains. With elegant studies of the anatomy of large mammals such as elephants, Cuvier showed that fossil mammoths differed from any such creatures presently living. His many examples of fossils telling the stories of animals that lived and then disappeared were taken as incontrovertible proof of extinctions.

Hugh Miller was a 19th-century geologist. He put forward the theory that there had been several successive creations, and that each had been destroyed by a catastrophe. According to him, the Bible dealt with only the last creation. Miller’s theory of evolution explained the presence of fossils as being the remains of animals from an earlier creation.

Louis Agassiz was a Professor of Zoology and Geology. He did landmark work on glacier activity and extinct fishes. He encouraged learning through direct observation of nature. Agassiz put forward the theory of a new catastrophe the Ice Age.

He believed that a sudden intense Ice Age gripped the Earth for ages, and wiped out all the existing animals and plants. His concept of the Great Ice Age brought him much fame, as he was able to present evidence in the field, especially the scratched surfaces of bedrock where rocks in the moving ice had gouged out deep marks.

Dinosaurs - Facts about the Ruling Reptiles & Their Types