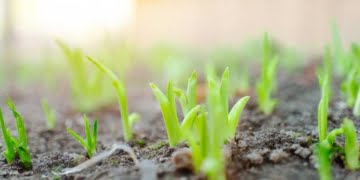 in Biology, History, Science
Reading Time: 7 mins read
A A
0 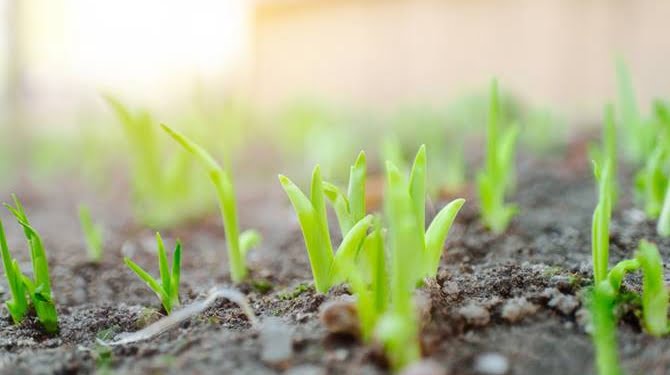 Life on Earth: Earth is estimated to be about 4.5 billion years old, and for much of that history, it has been home to life in one form or another. Today, there are several theories about the evolution of life on Earth. The first of these is that life was created by a Supreme being or spiritual force. The second theory is that life began in another part of the Universe, and arrived on Earth by accident when a comet or meteor crashed.

Origin of Life on Earth

In the beginning, the Earth’s atmosphere was made up of only nitrogen, carbon dioxide, and some hydrogen. There was very little oxygen present, and it was produced by stromatolites- which are rocks formed by the growth of blue-green algae- strewn in the sea. Whatever oxygen was present was quickly absorbed by rocks and minerals. Gradually, however, excess oxygen began to accumulate in the atmosphere. This excess oxygen had a dramatic effect on the living cells. It triggered the evolution of a higher form of life. These were nucleus-containing eukaryotic cells. Thus, the simple blue-green algae that were the first form of life, became stepping stones to higher life forms, thanks to rising oxygen levels in the atmosphere.

Scientists say that life began around 3.5 billion years ago as a result of a complex sequence of chemical reactions that took place spontaneously in the Earth’s atmosphere. Molecules were formed as a result of these reactions. The molecules then interacted with one another, and this eventually led to the earliest forms of life. The first beings were probably bacteria that survived on naturally occurring food and did not breathe oxygen. The fossils of these oldest forms of life have been found in Australian rocks dating back 3.5 billion years. 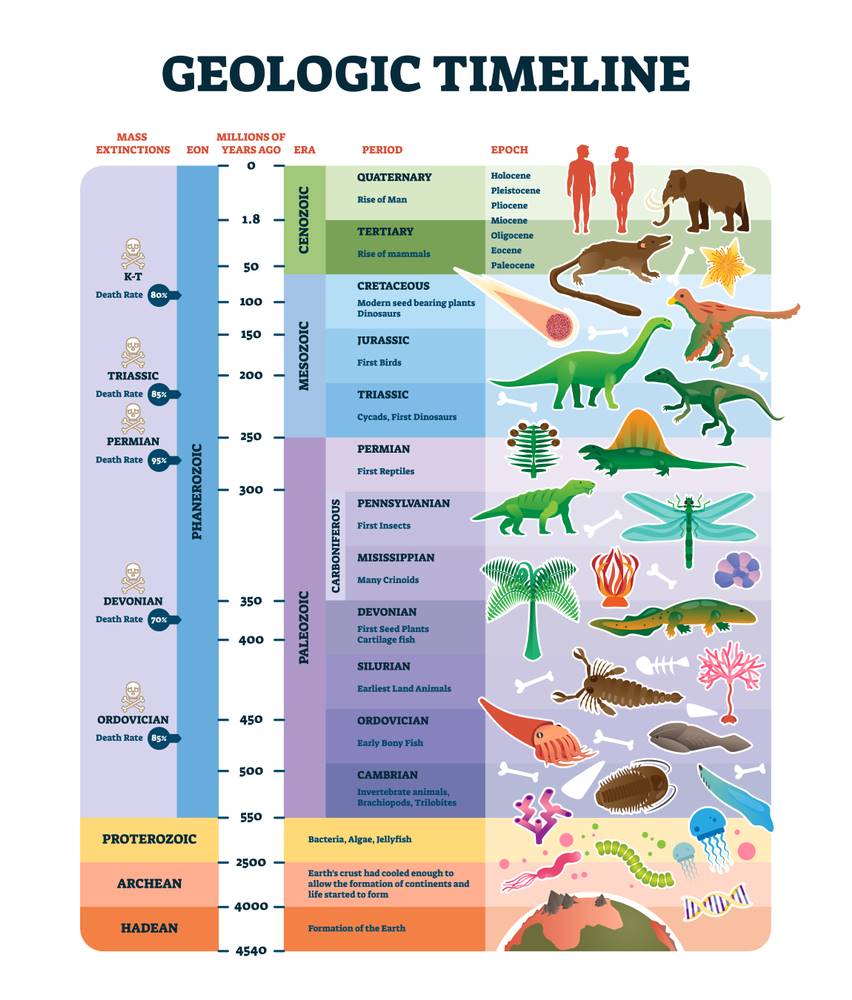 The Hadean Period started when the Earth has formed about 4.5 billion years ago. During Hadean times, the Solar System was forming, probably within a large cloud of gas and dust around the sun. The sun was formed within such a cloud of gas and dust. The tendency of matter to clump together finally resulted in the formation of substantial bodies like the planets, and their moons. The oldest Earth rocks and Moon rocks we know about, both date to this time.

The Archaean Period lasted from 3800 to 2500 million years ago. The Earth was still about three times as hot as it is today, and most of its area was covered with oceans. The Earth’s atmosphere was mainly carbon dioxide, with very little oxygen in it. The land was beginning to form as volcanoes that emerged from the oceans.

The forming of the continents also began during this period, probably as lava flow under the ancient oceans. About this time, the earliest living cells formed on Earth. These cells all lived in the oceans. One type of bacteria present was the cyanobacteria or blue-green algae.

These bacteria appear to have had a very strong cell-wall, and the ability to form layers in the ancient sediments. The formations are called stromatolites. They can be found in Archaean rock formations of Western Australia. So to sum up, the Archaean Period was a time of continent- building, and the first stages of early life on earth can be traced back to this period.

About 550 million years ago, these creatures evolved into flatworms, then roundworms, and finally, into segmented worms. Thus, it was during this period that the first multi-cellular organisms came into existence. It was during the Proterozoic Era that fiery formation processes of the Hadean and the undersea continent-building of the Archaean were replaced by the process of plate tectonics. As a result, a single super-continent formed. Today, it is called Rodinia.

During the Vendian, the continents had merged into a single supercontinent called Rod in it. In the 20th century, macroscopic fossils of soft-bodied animals, algae, and fossil bacteria have been found in rocks attributed to the Vendian Period in a few localities around the world. The Vendian is also known as the Ediacaran or as the Proterozoic.

The Precambrian Period spans a long period of the Earth’s history. It starts with the planet’s creation about 4.5 billion years ago and ends with the emergence of complex, multicelled life-forms almost four billion years later. It is extremely significant because it is: the earliest of the geologic agee; – which a remarked by different layers of sedimentary rock. Laid down over millions of years, these rock layers contain a permanent record of the Earth’s past, including the fossilized remains of plants and animals buried when the sediments were formed.

The Precambrian is divided into two parts- the Archaean time, and the Proterozoic Era. There may not have been many different forms of life on earth, but very important changes were taking place during the Precambrian. The Earth was formed, and its outer covering cooled and hardened into a crust. The hot molten insides of the Earth leaked out at weak places in the crust to form volcanoes.

The clouds formed by the volcanoes caused huge amounts of rain to fall, and the oceans were created. The first life formed. The oceans were like thick soup, and their chemistry made them the perfect place for life on earth to begin. The first one-celled organisms formed during the Precambrian Era. They had an important job to do. They helped make the air and water around the Earth full of oxygen.

Once there was plenty of oxygen, new life could form. This life would have many cells that would evolve into different kinds of animals. All of the important work of the Precambrian period made the Earth ready for what would come next.