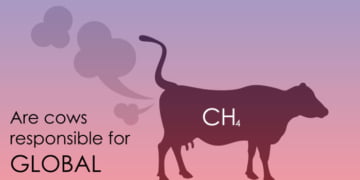 in Environment, Science
Reading Time: 6 mins read
A A
0 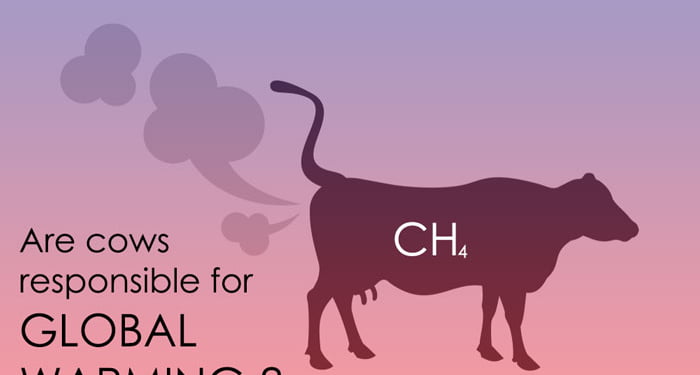 Agriculture is responsible for an estimated 14 percent of the world’s greenhouse gases. A significant portion of these emissions come from methane. There are around 1.5 billion cows and billions of other grazing animals around the globe.

The main greenhouse gases are water vapor, carbon dioxide, methane, nitrous oxides, and fluorinated gases. Carbon dioxide enters the atmosphere through the burning of fossil fuels like oil, natural gas, and coal, as well as by the burning of solid waste, trees, and wood products, and also as a result of other chemical reactions.

Carbon dioxide is removed from the atmosphere when it is absorbed by plants. Methane is emitted during the production of coal, natural gas, and oil. Methane emissions also result from livestock, and by the decay of organic waste.

Nitrous oxide is emitted during industrial activities, as well as during the combustion of fossil fuels and solid waste. Fluorinated gases like hydrofluorocarbons, perfluorocarbons, and sulfur hexafluoride are synthetic, powerful greenhouse gases that are emitted from a variety of industrial processes.

Some greenhouse gases are present naturally in the atmosphere, and they play an important role in keeping our planet warm enough to support life. However, many human activities produce greenhouse gases too. The burning of fossil fuels, deforestation, urbanization, industrial and agricultural activities, all produce more and more greenhouse gases.

The speedy increase in greenhouse gases over the past century is a matter of worry. Do you know why? It is because when this happens, the balance of the greenhouse gas changes, and this has effects on the whole of the planet. Because there are more and more greenhouse gases in the atmosphere, more heat is trapped, which makes the Earth warmer. This is known as global warming.

A lot of scientists agree that Man’s activities are making the natural greenhouse effect stronger. If we carry on polluting the atmosphere with greenhouse gases, it will have very dangerous effects on the Earth. 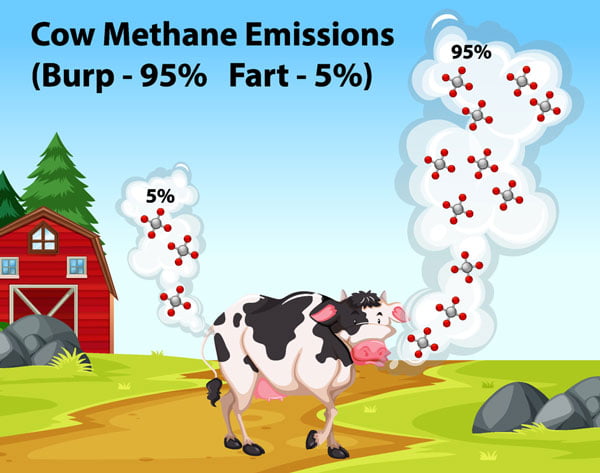 The reason behind the increase in greenhouse gases

Greenhouse gases occur naturally in the atmosphere, but over the past century, the percentage of such gases present is increasing. The main reason for this is the burning of fossil fuels like coal, oil, and natural gas for transport, and other man-made needs. This releases into the atmosphere carbon, which has been safely stored underground for millions of years.

Some farming practices release more methane, a toxic greenhouse gas, much more dangerous than carbon dioxide. Cattle belch out methane, and when rice fields are flooded, organic matter decays, releasing methane. The use of fertilizers and the burning of organic matter increase the number of nitrous oxides in the air.

Many factories produce long-lasting industrial gases that do not occur naturally, yet contribute significantly to the enhanced greenhouse effect, and ‘global warming’. The Earth has natural means to actually remove some greenhouse gases from the atmosphere, especially carbon dioxide, which is removed by plants.

Agriculture is responsible for an estimated 14 percent of the world’s greenhouse gases. A significant portion of these emissions come from methane. There are around 1.5 billion cows and billions of other grazing animals around the globe.

They emit dozens of polluting gases, including lots of methane. Some experts say that the average dairy cow emits 100 to 200 liters of methane a day! This is shorter-lived than carbon dioxide but 28 times more potent in warming the atmosphere, said Mitloehner, a professor and air quality specialist in the Department of Animal Science, USA.

Methane gas is responsible for about a fifth of the enhanced greenhouse effect. Methane is lighter than air, colorless, odorless- and this is the gas that animals bur pout. It is also known as marsh gas. This is because it is produced when plants and other organic matter decompose in the absence of oxygen – for example, underwater.

Such decomposition takes place in wetlands, swamps, and marshes, and estimated to produce some 30 percent of atmospheric methane levels. Methane is produced in the gut of termites, and by microorganisms in the ocean. This gas is also stored in clathrates, which are deposits of methane that lie on the ocean floor. Methane is made by animals, and it can be released as a result of human activities such as agriculture, and fossil fuel production. 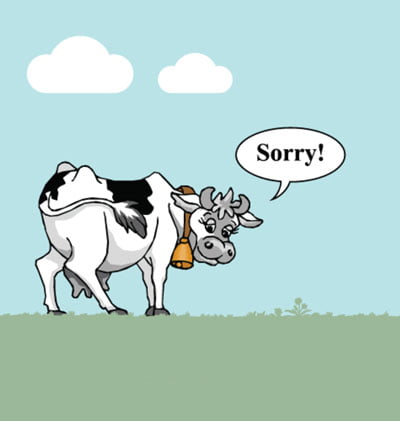 Water vapor is the most prevalent greenhouse gas in the atmosphere. It accounts for somewhere between 60 percent and 70 percent of the greenhouse effect. All of the other gases like carbon dioxide, methane, nitrous oxide, and halocarbons make up the rest.

The effect of water vapor is so significant that the global average temperature would be below freezing without it. At the same time, water vapor is also playing a major role in global warming. You know that warm air can contain more moisture than cold air.