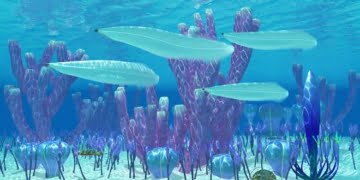 in Biology, History, Science
Reading Time: 5 mins read
A A
0 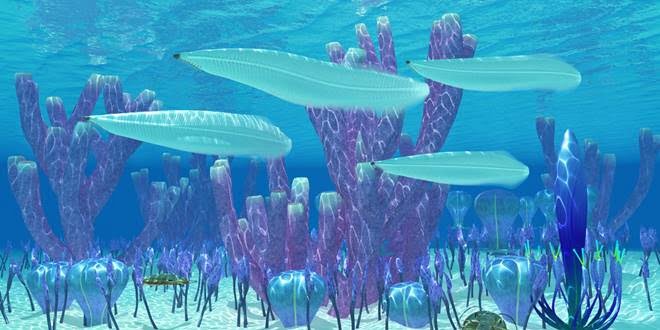 From the beginning of time, human beings have wondered how the Earth came into existence. Different religions have different versions, while scientists too give many different explanations. Scientists claim that a vast, dark, very hot cloud of dust swirled around a newly formed sun.

Gradually, the cloud cooled, and the gas began to condense into billions of droplets. Slowly, these droplets were pulled together into clumps by their own gravity-and they carried on clumping until all the planets, including the Earth, were formed. In short, scientists and researchers have been arguing for centuries about how the Earth was formed, and the debate still continues.

Many animals with no backbones lived in the shallow seas. The most plentiful species during this period were trilobites. The species got its name from the three lobes in the hard skin. The trilobite was also one of the first animals to have eyesight. There were plenty of other species living during the Cambrian Period also. Molluscs, worms, sponges, and echinoderms filled the Cambrian seas. 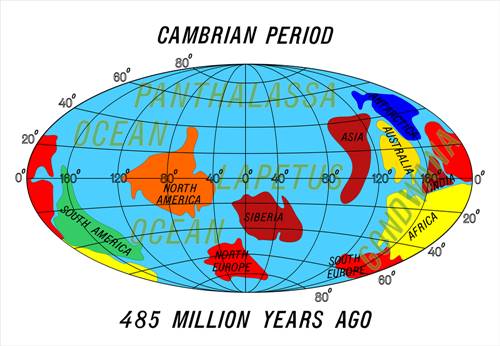 The Cambrian Period marks an important point in the history of life on Earth. It is the time when most of the major groups of animals first appear in the fossil record. This event is sometimes called the ‘Cambrian Explosion’, because of the relatively short time over which many life forms appeared. Many reasons have been suggested for this explosion. The first is that the increase in oxygen levels in the atmosphere led to the evolution of more complex body structures. Moreover, many species became extinct at the end of the Vendian Period, and this allowed new life forms to develop. It is also thought that a change in the ocean chemistry made possible the development of hard body parts such as teeth and skeletons. Animals could now swim, burrow, defend themselves, hide, and hunt. However, the sea was still the center of activity.

Evolutionary Findings from the Cambrian Period

Scientists work by studying the evidence collected, looking for new evidence by questioning existing theories, and trying to develop better ones. Traditional beliefs are a matter of faith. They are not open to question or to change, while scientific theories are. Scientific theories can be tested by using them to make predictions, and then checking whether these predictions come true. Some scientific theories include the theory of evolution, the theory of relativity, the atomic theory, and the quantum theory. All of these theories are well documented, and proven beyond a reasonable doubt. Yet, scientists continue to tinker with them in an attempt to make them more elegant and concise or to make them more all-encompassing.

The Cambrian explosion is a brief time when most major groups of animals that have bilateral symmetry first appear in the fossil record. Do you know what a bilateral animal is? It is one whose body has two mirror-image halves. Modern examples are lobsters, people, dogs, and butterflies. The event is referred to as an ‘explosion,’ because a rich diversity of species appeared in a relatively short amount of time. There is growing evidence that these different groups had a common ancestor that lived during the Cambrian Period. Evidence is growing to support this theory, at least from the fossils that date back to this period. After the Cambrian Period, very few additional animal phyla, or large animal categories, a rose.

Metazoans were the first multi-cellular animals. They could move, respond to their environment, and feed on other organisms. They developed organs, a nervous system, sensory organs, and a brain which led to the development of intelligence. The earliest forms were flat-bodied, like today’s flatworms. Direct fossils of metazoans from later periods have been found. These are fossils of animals that lived in the sea and the seabed, 680 to 570 million years ago. They bear some resemblance to the bodies of some of today’s invertebrates, including some types of jellyfish. These fossils are amongst the earliest discovered of distinct forms of animal life.

Dinosaurs - Facts about the Ruling Reptiles & Their Types